Liam’s first birthday was upon us. His theme had to be nautical, his middle name is Saylor after all. So pirates, of course!

Yo ho, yo ho, a pirate birthday party!

A quick Pinterest search yielded all these creative people who made giant cardboard pirate ships, so we decided we needed one too, obviously!

Ryan joined in and was able to get some very big pieces of cardboard from work, a few sketches and a scale model later, and we had our design. About a week of building, and here’s the final ship! 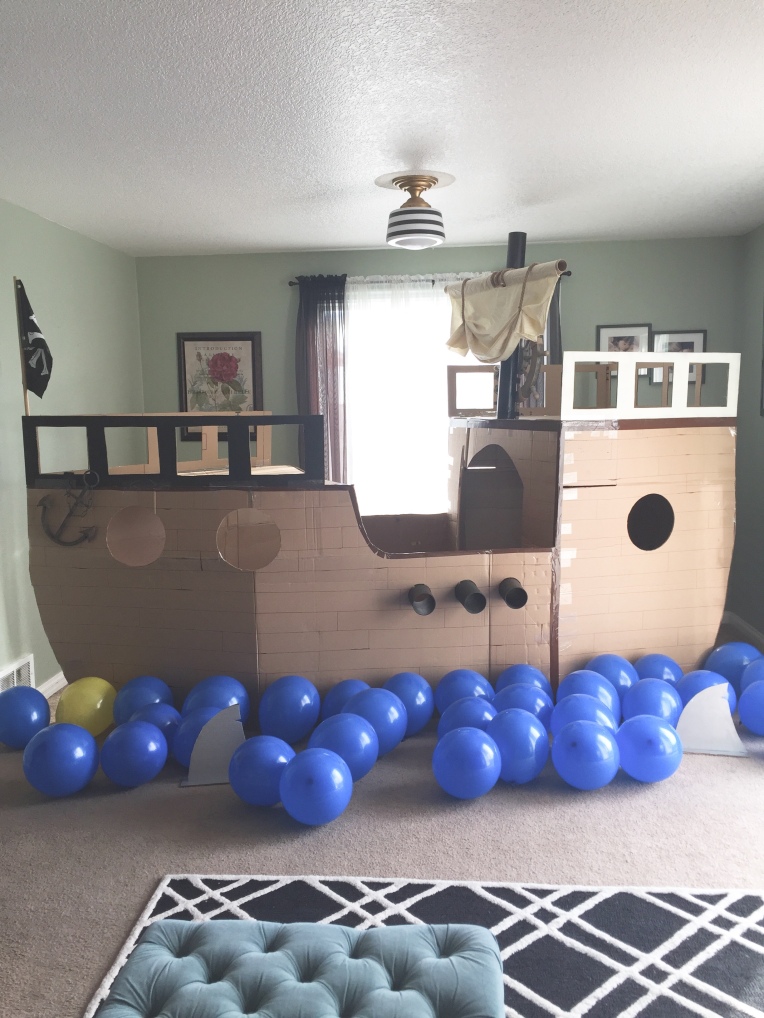 Here are my top 10 tips for making your own!

1. Have a plan! Cutting that kind of cardboard is very difficult, you don’t want to have to redo pieces. Sketch and then try out your design. We made some significant improvements between our sketch, model, and the final ship. 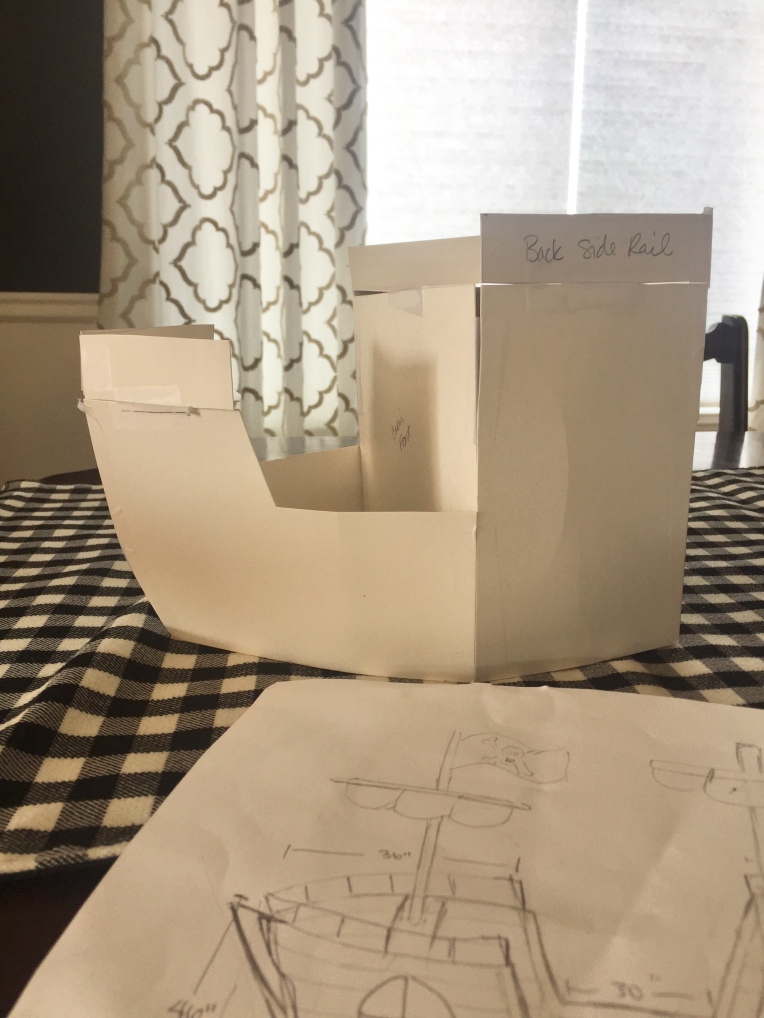 2. Gather the right tools. We used box knives, sharpies, packing tape and duct tape (for decoration), and a yard stick. Remember extra blades for your knife, you’ll need them.

3. Let the pieces of cardboard be your guide. We discovered right away how hard it is to cut the cardboard, so we let the pieces we had help decide the final size of the ship. For example, rather than cutting a foot off the length, we just embraced that extra foot.

4. Work as a team. This project would have been too difficult to tackle on my own. A second brain, pair of hands, and muscles really came in handy.

5. Packing tape is your friend. The duct tape was fun to decorate with, but the packing tape was the true hero in keeping things together. We often taped both sides of a seam to help reinforce the ship.

6. Build on site. We had planned to build the ship in the garage and then transfer to the house on the day of the party. Boy, we would have been sorry. Think through the finished size and build accordingly.

7. Make sure to add supports across the ship. Our plan had both a cabin and a front deck. These were not only super fun for the kids, but they added necessary support to the ship. Support and style, right?!! The kids LOVED the cabin.

8. Decorate. When we started I thought we’d keep the decor pretty simple. Ha ha, that doesn’t sound like me at all.

9. Embellish. As if all the previous items weren’t enough, we blew up blue balloons to look like water. And I cut out shark fins to place in the water (more cardboard, yes more, and some silver paint). The kids even made up a fun game of trying to sink the ship with all the balloons.

10. Enjoy! We made the ship big enough that adults could get in there too. Ryan and I both enjoyed crawling in and playing in the ship. The kids loved it even more when we were all pirates together. Yo ho, yo ho, a pirate’s life for me!

Good luck, and just for fun, here’s a few more party ideas and a cute pic of the birthday boy as well. 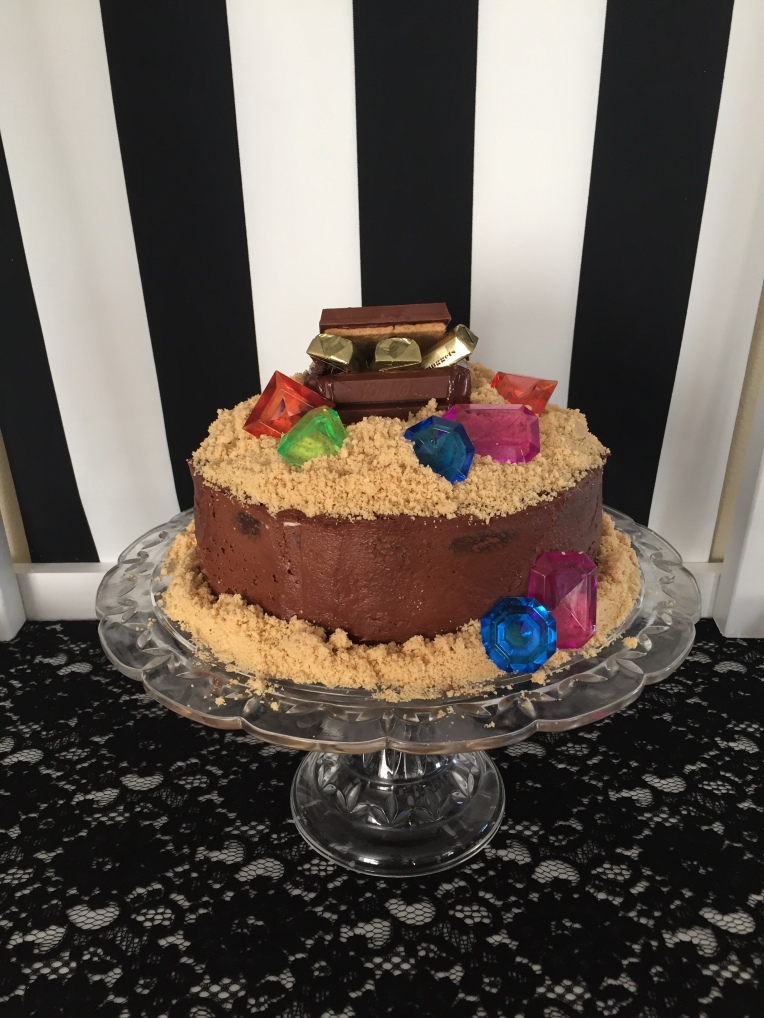 4 thoughts on “10 Tips for Building a Cardboard Pirate Ship”